James Knight of Mayfair, London’s largest independent seafood wholesaler and holder of  the Royal Warrant as Fishmongers to Her Majesty The Queen have chosen Season as their new ERP solution.

James Knight of Mayfair have been providing the highest quality, coastal fresh fish to the population of London & the South through restaurants, bars, hotels and many other fresh food outlets for over 100 years.

They began in a humble shop in Shepherd’s Market and are now the capital’s largest independent seafood wholesaler, delivering fresh fish daily from their sites at Vauxhall and Coulsdon.

They are driven by addressing what matters to their customers and their belief in a sustainable fishing industry.

James Knight of Mayfair employ generations of trained, passionate fishmongers who take pride in their work and the quality of product they deliver to their customers. Their team currently has over 180 years of experience and they train Chefs in fish preparation and know-how.

James Knight of Mayfair will initially install Season in their Coulsdon depot and preparations are well under way with the Season database currently being populated with data from their existing system.

A fully developed installation plan has been prepared by Nick Bircham-Bardury of BB Analytics (who is acting as consultant/project manager)  along with members of the Datos implementation team.

The project will see the Coulsdon site go live in March 2020 followed quickly thereafter by Vauxhall.

James Knight are looking forward to the benefits of having a streamlined and fully integrated link between their Processing and Office operations.  This will dramatically improve efficiencies and accuracy of operation as well as being “More Green” with the reduction in paperwork.

Even though they have a Royal Warrant as Fishmongers to Her Majesty The Queen, they will never relax in their determination to lead the way to be the most trusted and admired seafood company in London and the South 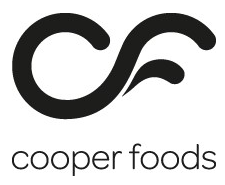